In some ways, there seems to be nothing that can stop this – being a security guard is, by nature, a somewhat dangerous business. Security guards, after are, all there to protect people and property from those who might do evil. Certainly, there are many dangers of being a security guard: one can be shot, stabbed, beat up, scarred, and accidentally injured, among many other things that can happen. 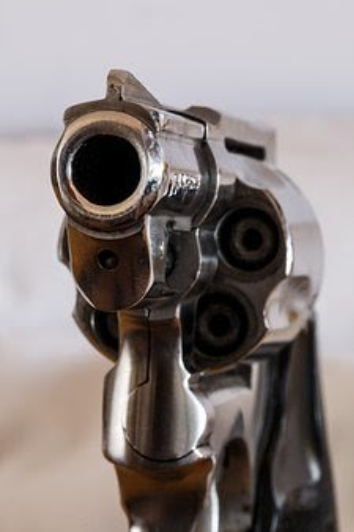 These problems can be made even more serious for a lone security guard who doesn’t have on-site back-up or a safe haven, such as a security shack, to flee to. However, there are things that can be done to make this job of securing people and property safer, including:

This article will elaborate on each of these suggestions.

The Dangers Inherent to Security

Is it dangerous to be a security guard? The short answer is, Yes. Can some of these dangers be mitigated? Absolutely.

This security guard death rate is shockingly high. In fact, according to Forbes, almost as many security guards die on the job as police officers. Bloomberg asserts that being a security guard is the  27th most deadly job, citing that each year nearly 8 out of every 10,000 guards die.  Either way, these are sobering statistics and people who work in security are dying on the job. But many of these security guard hazards are preventable.

Following are 7 ways to make it less likely that your security guard will be shot or injured on the job, as well as tips for keeping your guards safe and effective:

Bringing the right people on board your security detail is paramount. You want people who are motivated by more than just a paycheck – men and women who actually care about securing your people or property and doing the job well. You also want people who are willing to be trained, willing to work hard, but not looking to simply “be a hero” and get into trouble. Taking time to hire the right people will save you time and problems in the future.

Once you hire the right people you need to train them right. Those who have worked as a guard before still need to be trained in how your company does things and what you expect of them. In addition to beginning training, you need ongoing training to ensure you keep your team’s skills strong and relevant. The field of security is always changing and your people have to change with it and understand the latest security trends.

It is also important that you ensure your guards are trained in what to do with their downtime. Sometimes guarding can be boring – there seems to be nothing to do. This can lead to guards who read or surf the internet, which results in distracted guards who miss things. Having a guard who doesn’t pay attention can be detrimental, as happened to one guard who failed to prevent a suicide on a well-known bridge. Training your guards in what activities should be done during their down time, and when it is appropriate to engage in non-job related activities is paramount.

It is imperative that guards be well supervised. This does not mean that a supervisor has to stare at a guard all day while they work. Rather, it means that there has to be some hierarchy of power, someone to whom the guards are accountable during their shift, and someone who  checks in periodically to ensure that all is well. 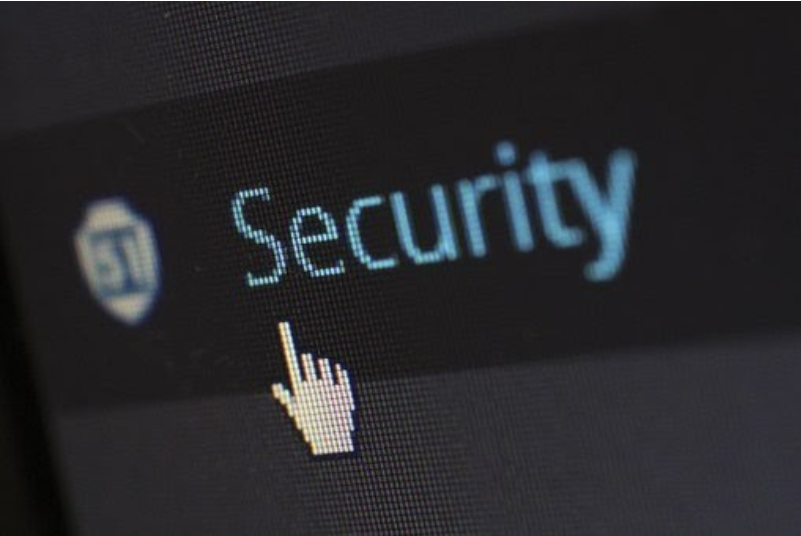 Not only can proper supervision ensure that guards are doing their job well, but it also keeps them safe. For example, one guard went missing during his shift and reports suggest that no one bothered to check on him; it turned out he was killed. Having ways for your guards to account for their whereabouts, and checking on guards who are not accounted for, is an important type of supervision.

Any employee, in any field, can only do their job well if they have the proper training, the right supervision, and the right equipment. What equipment your guards need will depend upon the job, your company, and your staff. All guards need some type of communication device (walkie-talkie, radio, or cell phone). Most need a visible uniform. Your guards may need a baton or even a gun, handcuffs, or an ID card if required for entry to a building. Knowing what your guards need and ensuring that they have it all for every shift is exceedingly important.

Some guards need unusual tools, such as a guard dog to help patrol or search people and grounds. Others require a metal detector or x-ray machine. In some situations a guard may need a patrol car to watch a larger area, stay mobile or use for shelter.

In many different applications, having a well-equipped guard shack is very important. A guard shack gives your guards a place to use as home base, to store communication and other equipment, a safe place from weather to do paperwork, and more. Sometimes, a guard shack or security shack can actually save lives. In fact, here is a story of how one bullet resistant guard shack actually withstood a real gunman who was firing at police and hit the guard shack. While no one was inside the guard shack at the time, there was no damage inside and anyone in the security shack would have remained safe.

Many security companies also appreciate large windows in security booths, especially if this gives them a 360-degree view.

While providing your guard team with the right equipment is important, maintaining that equipment and their workspace is of equal importance. Poorly maintained equipment can cease to function, and often at the worst times. Imagine a security guard who has a serious issue and their radio stops working because the charger was broken. Or think about the guard in an emergency situation who runs out of gas. 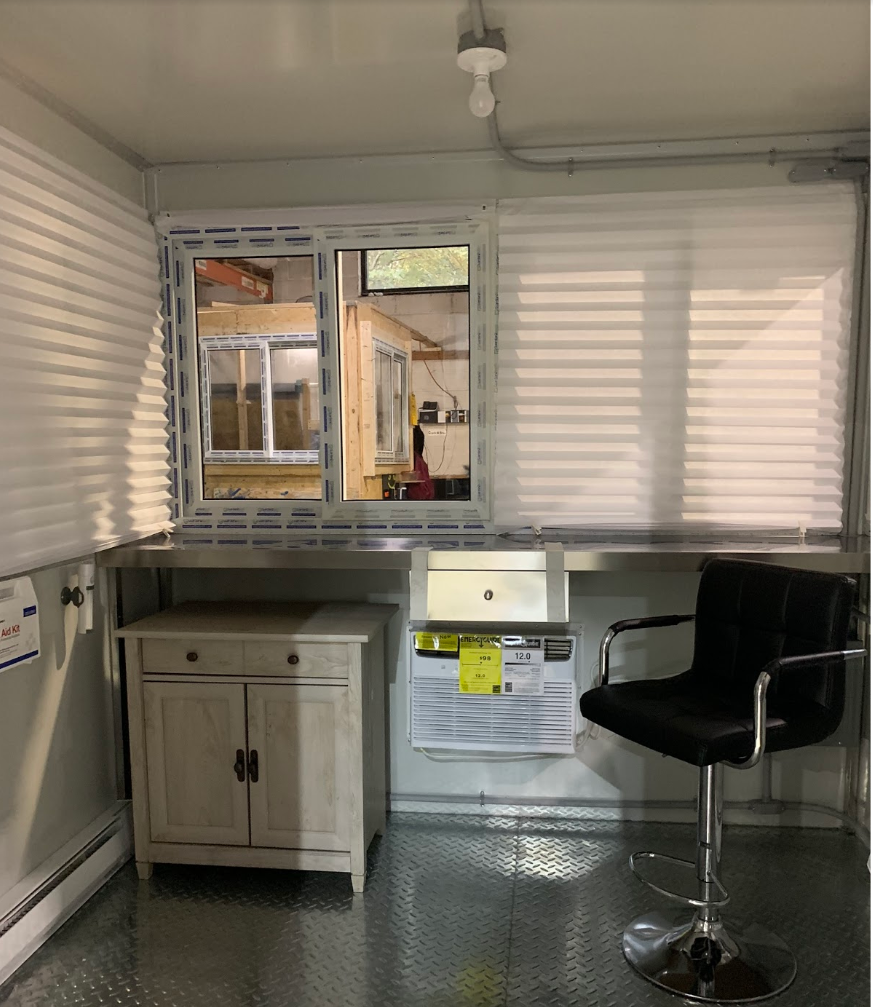 There’s also the danger of a cluttered workspace that can create tripping hazards, and  a poorly made guard shack could have a door that doesn’t lock correctly. Choose quality equipment and buildings for your guards and keep them well maintained. You can take one tip from fire stations and have your guards take turns taking brief maintenance shifts to keep everything in tip-top condition.

Another important tip for keeping your guards safe is to set proper expectations for your team. Your guards should know what their job duties are and what equipment is available of them, but also what they are expected to do in an emergency.

For example, should a guard at a department store attempt to apprehend a suspected thief, or simply call the police? Ensure that they know what to do. And make sure that your employees know that while they are expected to do their job, they should not take risks or attempt to be a hero in any way that is outside of their job description. 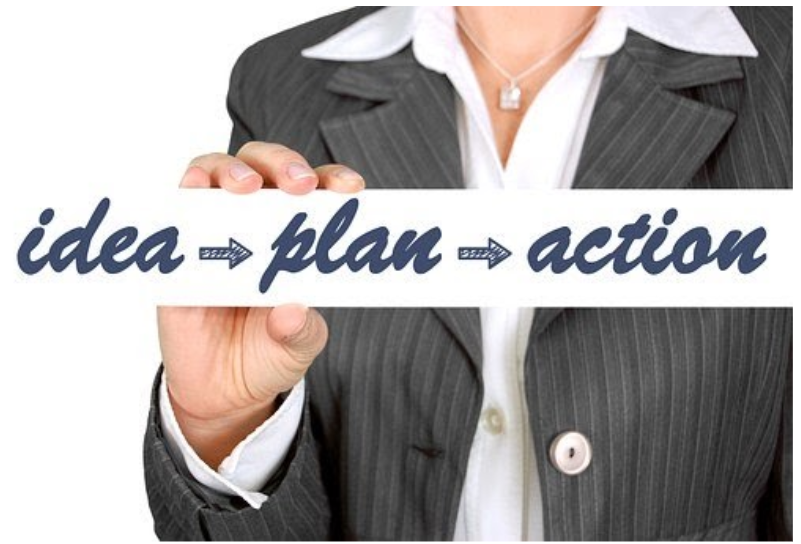 7. Have a Communication Plan.

Related to setting expectations is the idea of having a sound communications plan and chain of command. Imagine that your security guard sees an armed suspect on the premises. Do they know what to do and who to call? Should they call their supervisor or 911? Your team needs to know these things before the issues arise. You should also equip your guard booths with data and phone access so that they can easily communicate with key individuals.

Why a Guard Booth?

Numbers 4 and 5 above mentioned the value that a well-built and properly maintained guard booth can bring to a security team. There are no guard shack shooting kills guard videos readily found online (thankfully), but videos do exist of security guard shootings. Most security guard deaths happen outside of the security shack.

However, it is absolutely possible that some criminal could fire shots into a guard booth, or fire at a guard who seeks to escape into the perceived protection of their booth. This is where a bullet resistant guard booth could come in handy. But bullet resistant or not, the guard house purpose is to provide both a place for a guard to do their work, remain protected from extreme weather, and a place for them to be safe and secure should they need to summon assistance.

Final Points to Keep in Mind

While being a security guard can be dangerous business, it is also important to recognize that being a security guard is also a responsibility. Guards who are not well trained and supervised can pose a danger to others. One officer was caught on video shooting an innocent woman in the leg outside an LA synagogue. This reinforces the tips above regarding the importance of training and effective supervision for all security guards – both to protect them and to protect the civilians around them.

Creating an effective training plan, ensuring ongoing training, supervising security guards, providing them with proper equipment, and keeping their workspaces maintained and safe are all important parts of preventing a security guard getting shot or injured. To help you keep your guards safe and effective, check out the following resources: 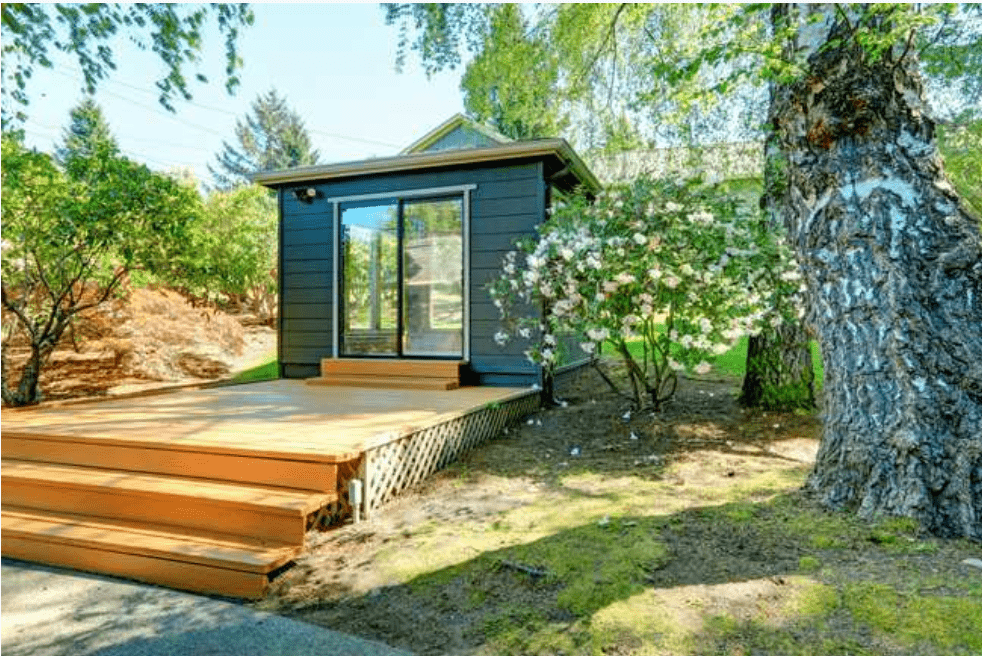 Working from home has plenty of allure when you haven’t tried it before. The idea...… 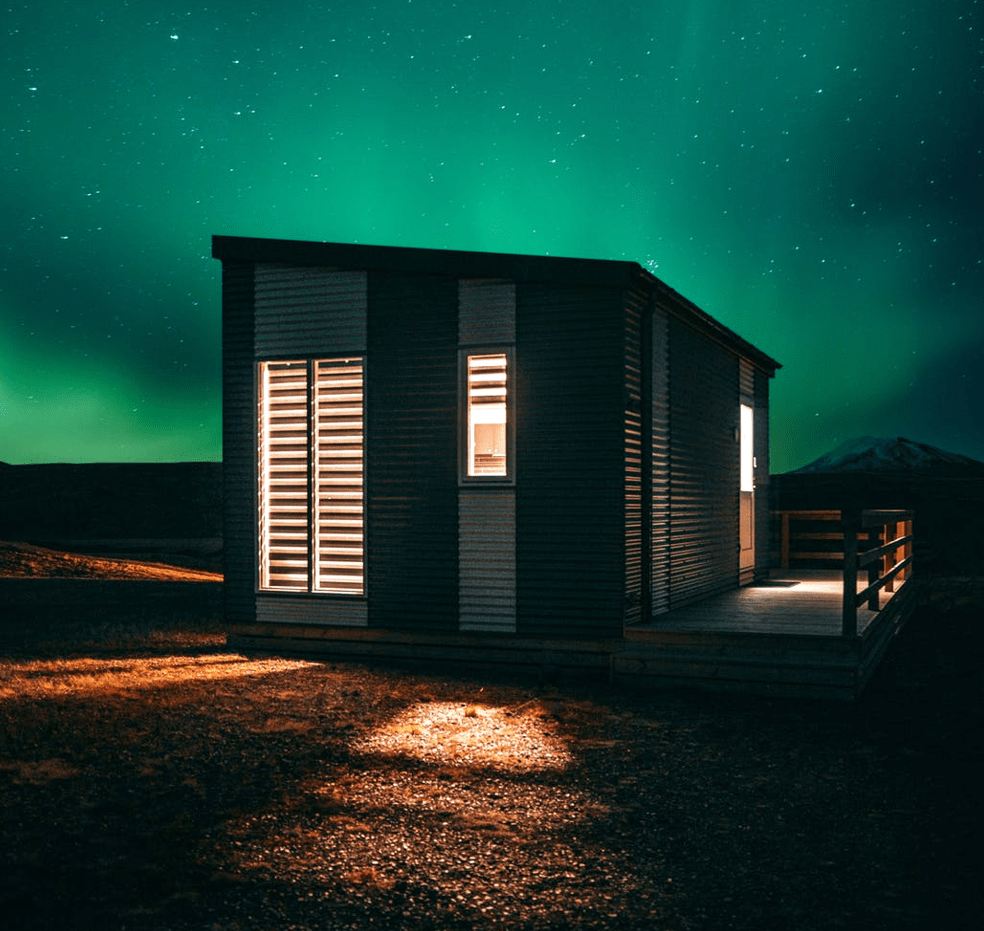 We all need our space — whether to unwind, pursue a hobby, or just spend...… 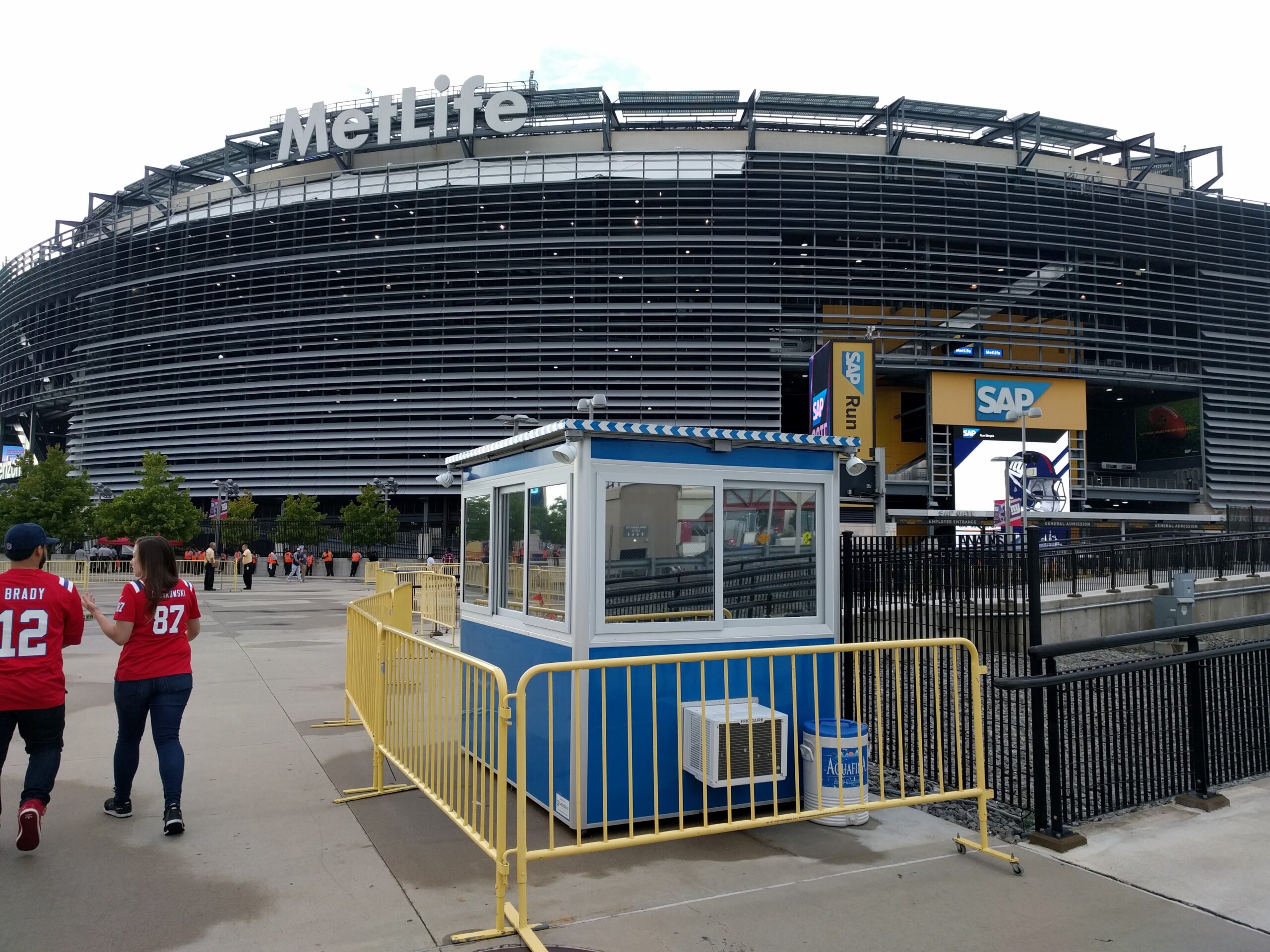 How to Setup Your Own NFL Ticket Booth

The Super Bowl has treated NFL fans to some incredible moments over the years. The...…

×
WAIT!
DO YOU APPRECIATE QUALITY?

We know you do!

At Guardian Booth, you will get a top quality fully customized state-of-the-art booth. Built with care and attention to detail.