Mass Shootings in America: 2019 Is A Year of Mass Murders

At 10:15 a.m. on Saturday, August 3, 2019, an anti-immigrant manifesto was posted to an anonymous message board online. A few moments later, a 21-year-old from the suburbs of Dallas entered an El Paso Walmart. He had gotten lost, and upon arriving, stopped to eat before opening fire on the shoppers with an AK-47.

At 10:39 a.m. a phone call came into the El Paso police station. At 10:45 the cops arrived and found the shooter sitting in his car, where he was arrested.

2019 is being slapped with the title of ‘most mass killings of the century,’ with data indicating that thenumber of mass killings hasn’t been this high since the 1970s (based on a database compiled by The Associated Press, USA TODAY and Northeastern University).

According to the FBI, mass murder is defined as when four or more people are murdered (excluding the perpetrator) during an event. In 2019 there were 41 such incidents, 33 of which were shootings. The rest were committed via other weapons such as axes and knives. A total of 211 people died via mass killings in 2019. However, the term ‘mass shootings’ does not have an official definition, and is used differently by different sources.

The Gun Violence Archive, a nonprofit dedicated to documenting shooting statistics, uses the term in reference to the shooting of 4 or more people, not necessarily resulting in death. Their statistics put the number of mass shooting incidents at 418 for 2019.

While most mass killings are perpetrated in homes or workplaces by people who know their victims, it is usually the apparently random, public-space shootings that capture national attention and trigger questions about prevention and safety.

Here are some infamous shootings that took place in 2019:

On the morning of November 14, 2019, a 16-year-old walked onto his school campus at Saugus High School, Santa Clarita, California, and pulled out a .45 caliber semiautomatic handgun from his backpack.

He then opened fire. Five of his fellow students were hit, two of whom died and three of whom were injured. Then the shooter put a bullet in his own head, raising the death toll to three. “Within approximately 16 seconds, it was over,” Sheriff Kent Wegener said shortly after the incident.

This may have been the deadliest and most ‘newsworthy’ of the 2019 school shootings, but it was hardly the only one.

According to Education Week, there were a total of 25 incidents, killing 8 people and injuring 43. (Many of these episodes do not meet the criteria of ‘mass murder’ under the FBI’s definition and are therefore not included in the 41 incidents of mass killings in 2019).

A number of these incidents occurred outdoors during sporting or athletic events, indicating a key vulnerability for schools when considering security.

Although complete prevention is unattainable, security in schools to prevent shootings has been steadily upgrading in order to incorporate more advanced technology and protocol. These include lockdown drills and active shooter drills, increased police and security presence, as well as improved communication and awareness. There are technological developments such as ‘storybook’ corners.

These are actually bulletproof barriers that can be installed in the corner of a classroom, with doors that can seal the children inside. (They can be presented to students as a reading area in the back of the class so that they aren’t a constant reminder of potential danger.)

There are also security systems that are linked directly to police stations if tripped, ensuring speedier response times. However, experts in the field worry about taking too heavy-handed an approach with school security which makes for a damaging psychological experience for young children. Avoiding ‘prison-like’ conditions is important, as well as the proper and age-appropriate presentation of the security measures.

On February 16th, 2019, in Aurora, Illinois, a 45-year-old disgruntled factory worker who had been terminated sprayed bullets at his former workplace, killing 5 and injuring 6 police officers. Police Chief Kristen Ziman, when describing the incident, deemed it a ‘classic workplace shooting,’ following up that statement with a nod to the tragedy of having to call it ‘classic,’ saying, “[it] pains me to do so.”

While this particular workplace shooting is categorized as mass murder, most of them do not fall under this category. The most recent data on this subject from the U.S. Bureau of Labor Statistics is for 2017, citing 458 workplace homicides (primarily by shooting but not always). While this number has remained roughly consistent over the years, what has changed is the perpetrators of workplace violence. While a significant majority — 65% — of these murders were robbery-related during the 1990s and 2000s. In the past decade, that number has shrunk significantly to 46%. It is now more likely for someone to be shot by a coworker, client or acquaintance than by a robber breaking into the workplace. During these non-
robber homicides, very often the perpetrators would argue with the victim, leave the workplace for a weapon, and then return later to commit the murder.

The challenge with workplace homicides is that they are difficult to study. Researchers still “don’t know a lot about gun violence at work,” says Susan Sorenson, a University of Pennsylvania professor of violence-prevention. “These incidents, while evoking lots of fear, are relatively rare…[and therefore] hard to predict.”

Precautions for the Workplace 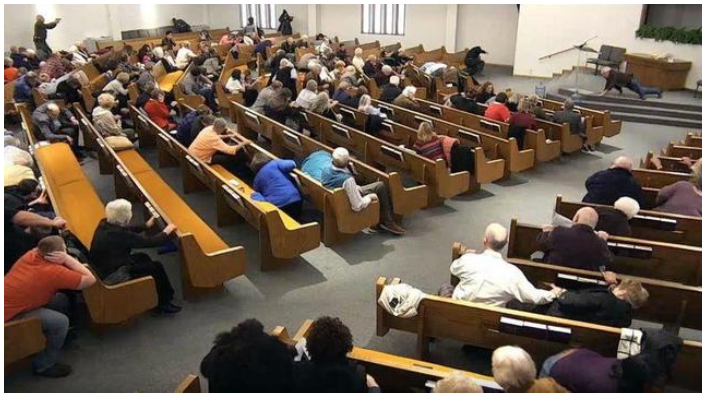 In the final days of December, a man walked into West Freeway Church of Christ in White Settlement, Texas, and sat down to participate in the service. Shortly after, he pulled out a gun and opened fire, killing two parishioners before he was shot down by the church’s security team. The entire incident took six seconds.

This was not the only religious-house shooting of 2019—in April a shooter entered a Poway, California synagogue, killing one and injuring three.

It’s becoming clear that congregations need to consider a church security plan. Shootings in religious spaces are particularly concerning, being that traditionally, houses of worship are ill-prepared for an attack. Often, religious spaces are enforced as ‘gun-free’ zones, making it more likely that an attacker can do significant damage before help arrives.

Some states have begun to pass new bills to allow firearms in churches, synagogues, and mosques. In fact, Texas’s Senate Bill 535, which passed just months prior to the shooting in West Freeway Church of Christ, is what allowed licensed handgun owners to carry weapons, and resulted in the takedown of that particular shooter.

“We have learned many times over that there is no such thing as a gun-free zone. Those with evil intentions will violate the law and carry out their heinous acts no matter what,” state Sen. Donna Campbell said with the passage of the bill.

Other recommendations aside for parishioner-volunteers to act as security members with concealed carry permits are active shooter drills for worshipers. Although this is nearly ubiquitous in schools, it’s less common in places of prayer. Training members how to react in a shooting scenario is highly effective because rehearsals enable the brain to identify the best options in a given situation if it was already practiced. Additionally, the reaction is generally performed with less panic and quicker if the action has been ‘pre-performed’.

Security Measures for Houses of Worship

How many mass shootings were there in 2019 worldwide?

Because the phrase ‘mass shooting’ is not an official term, it is particularly difficult to collect statistics on this, but World Population Review attempts to compile the data.

(This data was assembled in Sept. 2019, and is therefore short of the 418 incidents recorded by the Gun
Violence Archive by the end of 2019). 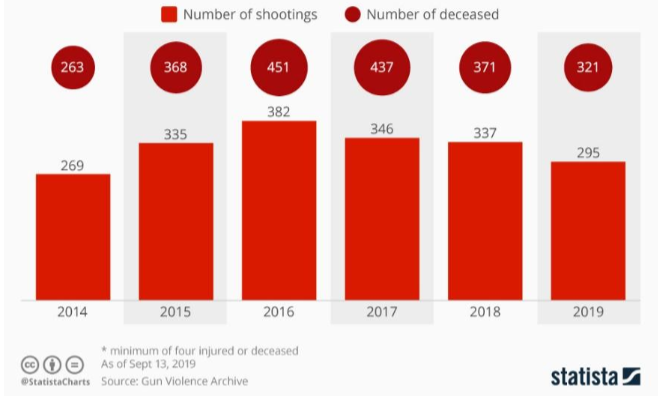 Gun Violence Archive records 337 mass shootings (which it defines as an attempt to shoot 4 or more people, not necessarily successfully), resulting in 373 deaths and 1,346 injuries.

How many school shootings were there in 2019?

According to media reports, there have been eleven incidents.

How does the gun death rate in the US compare to other countries?

(Note: this is not about mass shootings, but gun death in general) U.S. gun death rate is 10.6 per 100,000 people, which is significantly higher than most developed countries, but lower than many South American and other developing countries.

Which state has the most mass shootings?

According to statista, California has had the most shooting. This is based on data going back to 1982, recording a total of 20 mass murders. Next is Florida, with 12 mass murders since 1982. 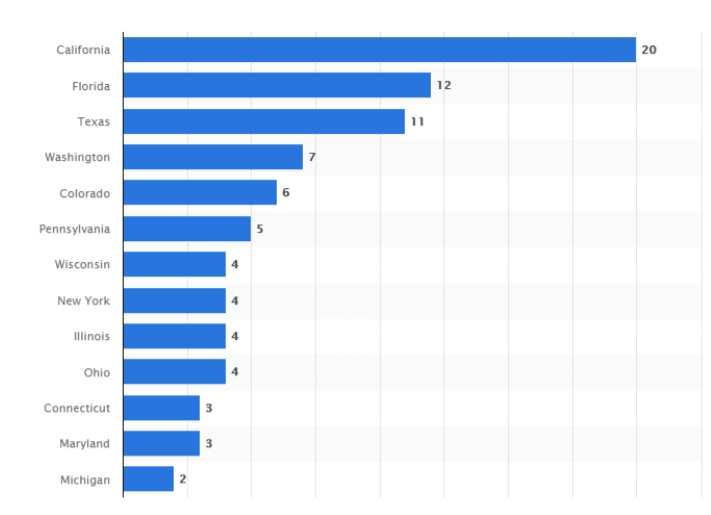 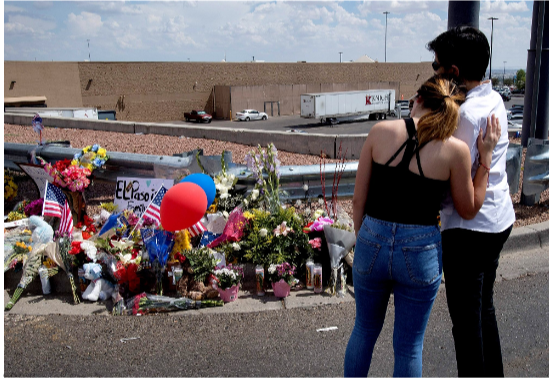 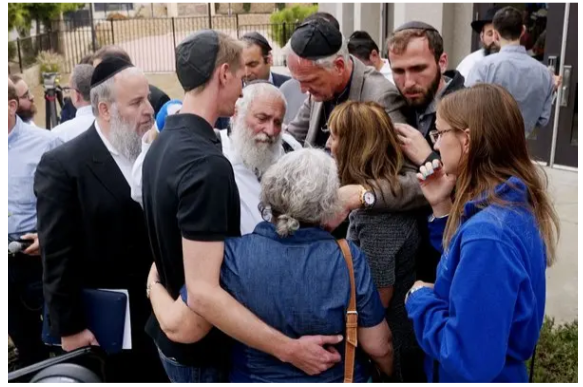 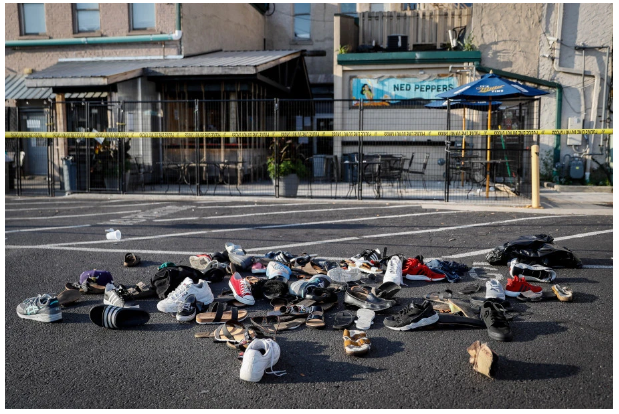 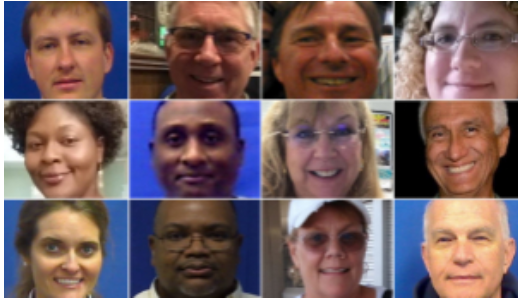 While the senseless deaths pile up, the national cry for action is increasing. Whether at a federal level
for high-capacity magazine bans, universal background checks, and red flag laws or at a local level for
more security funding, police presence, and mental health counseling. Whatever the fix, and in
whatever form, may the coming year be a year of mirrored opposites, may it be the year of the fewest
mass shootings in decades, with safety and security for students, worshippers, and all Americans.

To learn more about the selection and competitive prices on our prefabricated guard booths, get started on our pricing page.

View Guard Sheds and Security Shacks on our Gallery Page

Is Bullet Resistance Necessary For A Guard Shed?

What Booth Size do I need for my Guard Booth and Security Team?

Get A Grant For Your Guard Shed and Other Security Needs 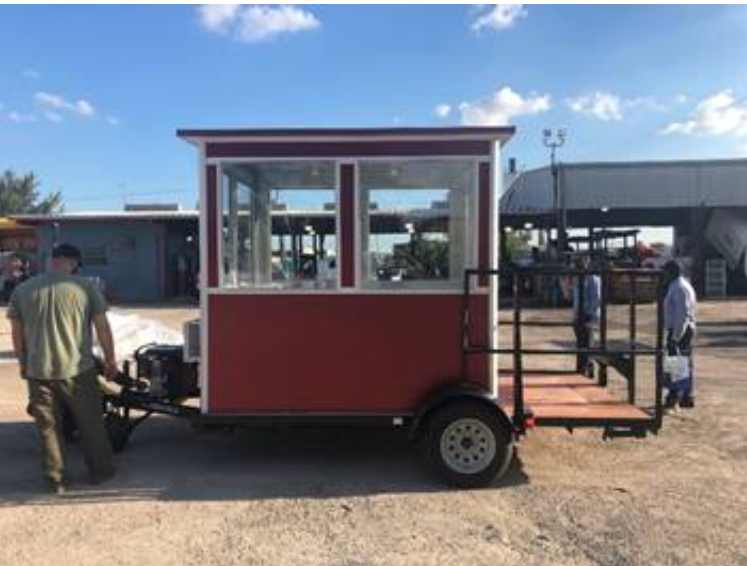 Portability is a sign of the future, and portable applications from communications to safe… 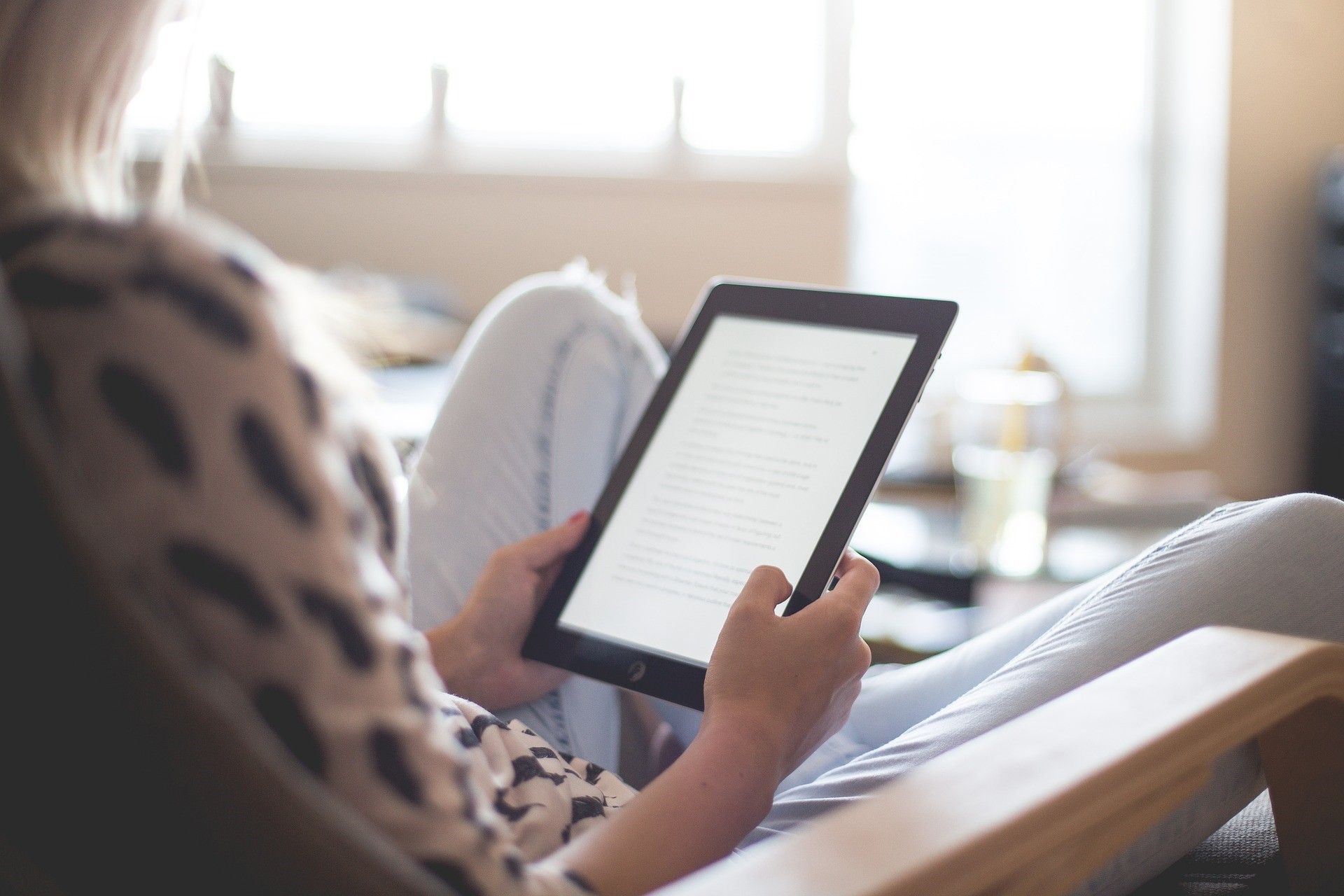 Designing Wellness Rooms for The Workplace

Whether you’ve just launched your company or have been in business for years, you must..… 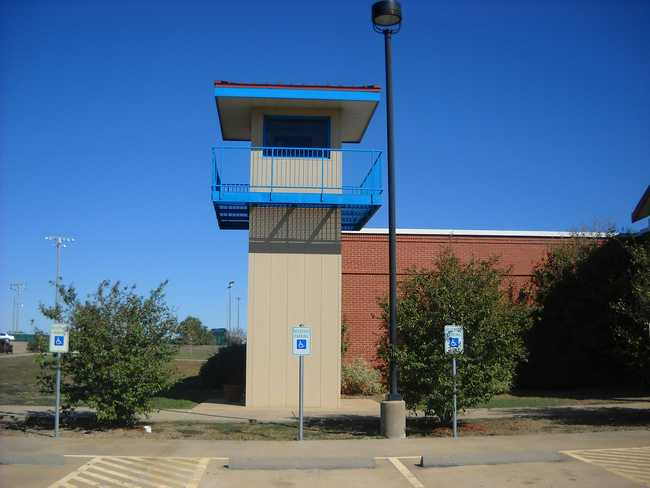 What You Need to Know About Guard Towers

You’ve started a business and even have your own premises. You’ve hired the ri…